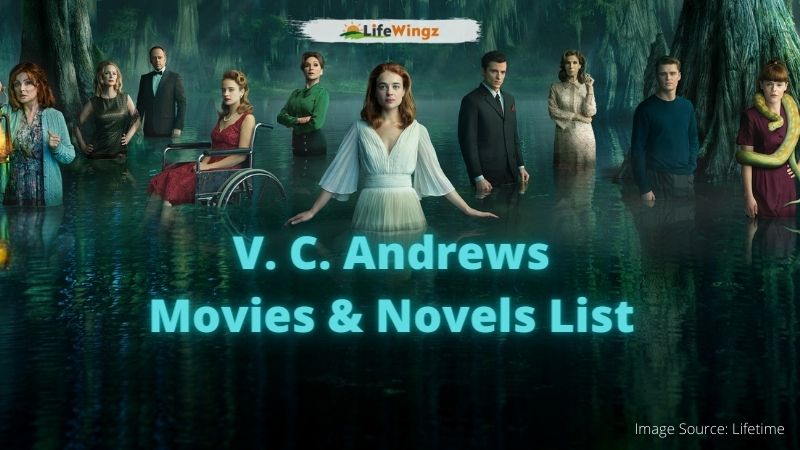 This post is about vc andrews movies and novels. Let’s dive into it.

Cleo Virginia Andrews (June 6, 1923 – December 19, 1986), better known as V. C. Andrews or Virginia C. Andrews, was an American novelist. She was born in Portsmouth, Virginia, and died of breast cancer at the age of 63. Following her death, many subsequent novels have been written by Andrew Neiderman, using Andrews’s pen name.

The youngest child and the only daughter of William Henry Andrews, a career navy man who opened a tool-and-die business after retirement, and Lillian Lilnora Parker Andrews, a telephone operator. She spent her happy childhood years in Portsmouth, Virginia, living briefly in Rochester, New York. The Andrews family returned to Portsmouth while Virginia was in high school.

When Pearl’s younger brother dies, she goes back to the bayou to find Ruby and find out more about her past.

Plot.
Ruby is lured into a twisted plan to be with Beau when she returns to her childhood home.

3. Pearl in the Mist

Plot.
Ruby is hoping for a new start with her twin sister as they continue their education at an all-girl’s boarding school. As her cruel headmistress and stepmother plot against her, she is subjected to torturous punishments and public humiliation.

Plot.
As love blooms with her high school sweetheart Paul Tate, Ruby is filled with hope. Ruby’s mind is often haunted by her father and mother’s deaths.

Plot.
Heaven’s mother Leigh had to escape from Farthinggale Manor and the secrets she harbored. Falling into the arms of Luke, his devotion promised her hope as only Luke knew her deepest of secrets. Bravely she bore the suspicions of the hill folk, as she tried to grasp the happiness that long eluded her. With a baby girl, Heaven, on the way, she hoped for a chance at happy ever after.

Plot.
Annie is orphan and crippled. Annie was whisked off to Farthinggale manor by Tony Tatterton. She is lost in the shadows of despair and forced into submission by Broadfield without the warm glow ofLuke’s love. The mystery of Annie’s past deepens when she discovers a cottage in the woods. Her hopes and dreams have been darkened by the Casteel spell.

Plot.
Heaven is now happily married and ready to settle back in her hometown. But after a trip to Farthinggale Manor, Heaven is persuaded to stay. Lured by her grandfather to live amidst the wealthy and privileged Heaven seems to have it all until the ghosts of her past rise up once more, threatening her precious new life.

Plot.
Heaven has found a new life with her grandparents after reading the second book in the Casteel Series. Heaven has tried to get rid of her secret.

Plot.
Heaven Leigh Casteel, gifted and intelligent, is the eldest of five dirt-poor children struggling to survive in a mountain shack. As she endures neglect and abuse, Heaven discovers a dark secret that changes everything she thought she knew about her family. Then tragedy tears her world apart and she must forge her own way in the cruel, unknown world.

Plot.
Audrina is kept out of sight and is haunted by nightmares of her older sister, First Audrina, who was left for dead in the woods after an attack. As she begins to question her past and disturbing dreams, the grim truth is slowly revealed.

Plot.
The middle child in the family inherit the Foxworth mansion. As the curse lives on, there will be more tragedies as the family’s ghosts loom over.

Plot.
Two of Christopher andCathy Dollanganger’s sons are unaware of the incestuous nature of their parents’ relationship. But when a mysterious woman moves in next door and befriends the younger boy, Bart, he begins a strange transformation and displays accusatory behavior towards them. All of the family’s long-hidden secrets are revealed in a tragic climax when Christopher discovers his neighbor is his mother.

Plot.
10 years have passed since Chris and Carrie escaped from Foxworth Hall.

Plot.
Rain finds trouble when she witnesses her sister’s murder by gangbangers. In order to protect her daughter, Rain’s mother secretly contacts Rain’s biological mother and learns that she is the daughter of a white billionaire. Rain is sent to live with her wealthy grandmother, where her musical talents flourish.

Plot.
A mother takes her children to live with their grandparents in an old mansion after the death of her husband. The kids are kept hidden in a room just below the attic because their mother becomes less and less concerned about them and their failing health, and more concerned about herself and the inheritence she plans to win back from her dying father.